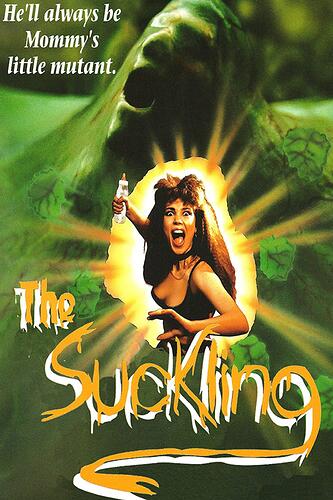 The Suckling: Directed by Francis Teri. With Frank Rivera, Marie Michaels, Gerald Preger, Lisa Petruno. A pregnant woman reluctantly goes to an illegal abortion clinic, which also doubles as a brothel, only to have her aborted mutated fetus attack...

"Looking for advice about an unexpected pregnancy, an innocent teenage couple wind up in a New York brothel. They accidentally set off a bizarre series of events that they’ll never forget… if they live to tell about it.

Everyone in the brothel is in the wrong place at the wrong time, especially when THE SUCKLING becomes an unwanted customer.

The unconsenting girl is drugged, her baby aborted and the fetus is flushed down the toilet. The baby, exposed to toxic waste, regenerates and transforms into a very vengeful mutant. Using its umbilical cord as a deadly tentacle and its razor-sharp arms as claw-like weapons, the mutant begins to wreak absolute chaos. It transforms the house into a womb-like cocoon, surrounded by an airtight mucus membrane, from which there is no escape.

The teenagers are frantically scrambling for any escape while the occupants of the brothel argue and turn on each other. With each passing hour, the minds and actions of all involved become increasingly panicked, bizarre and desperate." 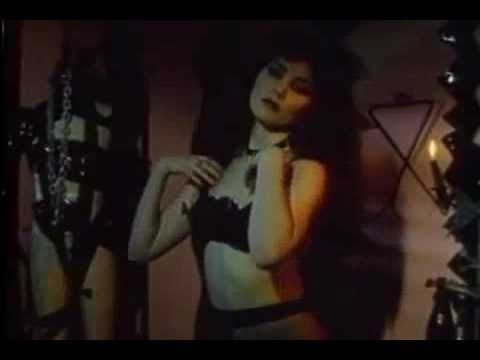