Please excuse my somewhat re-post if it’s a problem, I’m now aware of this English language section and so I thought this thread may be better suited here.

I’m currently seeking a few mondo movies and was wondering if anyone here is able to assist me at all, either with selling me the items or, if possible, sharing a digital upload with me for me to download. I have many movies I could offer in exchange potentially, so if anyone is able to assist please do let me know and I will respond!

Of particular interest to myself is Secret Rites aka Riti Segreti (1970-74?) diretto da Gabriella Cangini / Ramiro Arango: https://m.imdb.com/title/tt0939928/ and produced under the Arango Films Italia label.

I would also have interest in the mondo movie “Che mondo… porca miseria!” (1968)? directed and produced by Gabriella Cangini / Ramiro Arango and produced by Arango Films Italia.

It is my belief that Riti Segreti shares at least some, if not all, of the same footage shot for Che Mondo… Porco Miseria! and I would very much enjoy being able to confirm this as fact.

The following titles I also have interest in if anyone is able to assist me:

Paradiso Terrestre aka Ritual of Love (1957) directed by Luciano Emmer

hi!
perhaps I can track down riti, segreti
I’m afraid the other ones are nowhere to be found. so far.

If you could source me Riti Segreti, I would very much appreciate that my friend.

I am of the belief that this movie shares many of the same scenes, if not complete movie, recycled from the earlier Arango Films release “Che Mondo… Porco Miseria!”

This is, sadly, unconfirmed until I can source the movie itself - however, from my knowledge of the press book photographs/poster art released in both Italy and Japan for these titles I believe I am correct.

I have seen still photographs of what appears to be a lepers hand, and also of a bullfighting scene with a matador, that appear to be from the same scenes (used in both movies).

I would very much enjoy being able to confirm this find!

@Baron_Mynd I’m working on it. I’ll keep you posted. as for che mondo porca miseria what you wrote about the back to back is highly possible. just think about the same reshuffles made by scotese with il pane amaro and cannibali domani, or what vailati did with his sharkumentaries. let alone all crisanti’s remixes…

@Baron_Mynd Che mondo… porca miseria! contains several documentation of the U.S. occupation of Vietnam. despite going through the censorship board, the documentary does not enjoy regular Italian distribution (it was released instead in Japan). much of the footage used for the work would go on to compose Riti, segreti two years later. the film defends itself well in Italian theaters, but this is mainly in the American circuit, where it enjoys widespread distribution by Embassy Pictures.

within a couple of years Ramiro made two more titles, which like the latter would remain invisible to the public: examining the censorship visa, Io credo appears as a polemical investigation of the most grotesque and contradictory aspects of the various religious practices around the planet. the latest feature, Mi sento topo, oca, scimmia… shifts its focus instead to the cruelties perpetrated by humans against the animal world. its particularly crude scenes such as the brain explantation from a live monkey dismiss the film with an under-18 ban. not even this work will enjoy regular distribution, at least in Italy.

These images are taken from the Japanese poster art, and pressbook, for Che Mondo… Porco Miseria!

I have also shown images taken from the Italian pressbook release for Riti Segreti, as well as some of its poster art and still photographs (under its Secret Rites title) to compare the two and show why I believe they share the same footage:

This first image is taken from the Japanese poster art for Che Mondo… Porco Miseria! I believe this to be showing an image of a lepers hand: 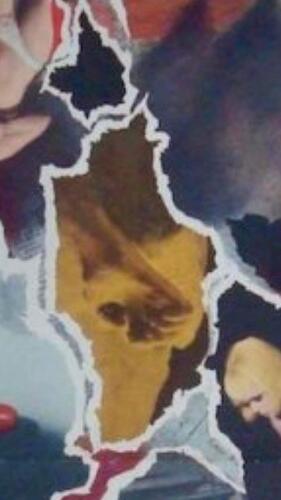 The same scene is also shown in the Italian pressbook for Riti Segreti here, though it does appear to be turned on it’s side somewhat. Perhaps it isn’t altered and is just from the same scene, maybe a few seconds later, is all: 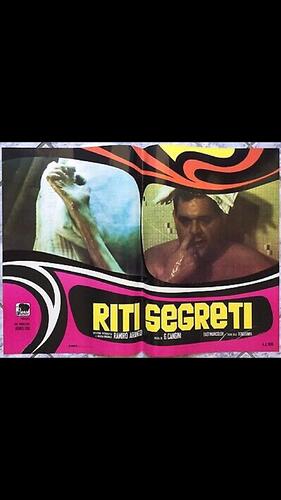 This image is taken from the Japanese pressbook for Che Mondo… Porco Miseria!

The scene to the top-right, of the bull stood in the stadium with the matador, is of particular interest to me here: 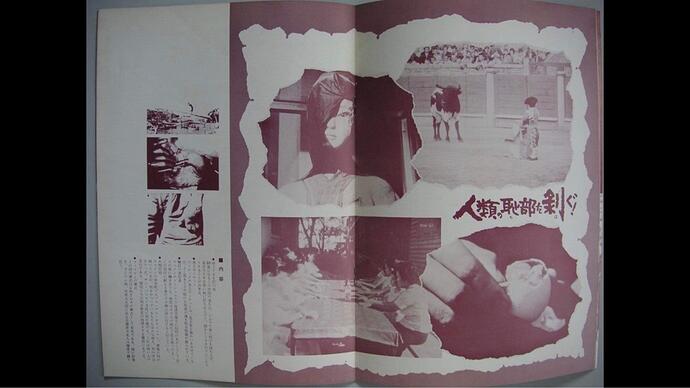 The same exact scene also seems to be depicted in the Italian pressbook released for Riti Segreti, on in colour, as shown below: 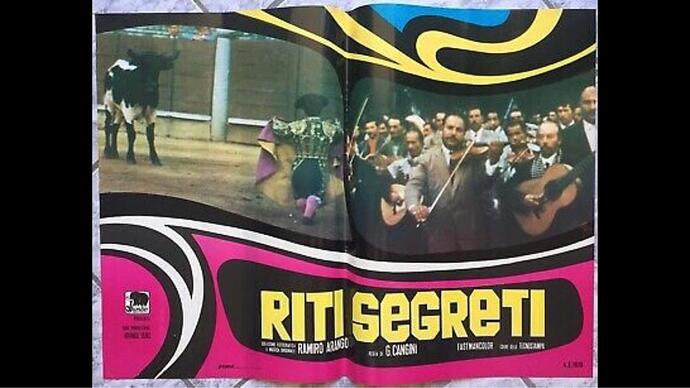 The male depicted toward the back here within Che Mondo… Porco Miseria!’s pressbook also appears to be shown in the still photograph released for Secret Rites. The gentleman appears to have hammered a nail into a piece of wood, using his head, in a feat of strength: 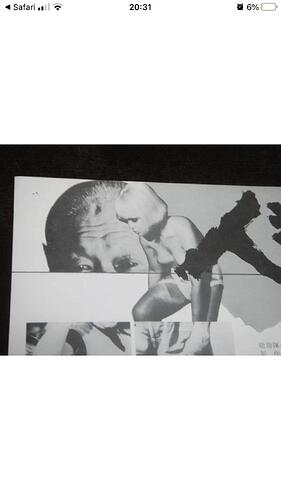 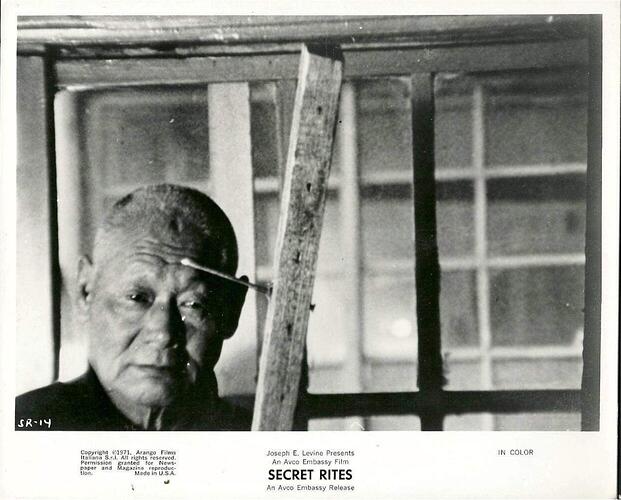 While I am unfamiliar with what this scene may contain, I have noted that this same image also appears on both the Japanese poster art for Che Mondo… Porco Miseria! and also on poster art for Secret Rites as shown below: 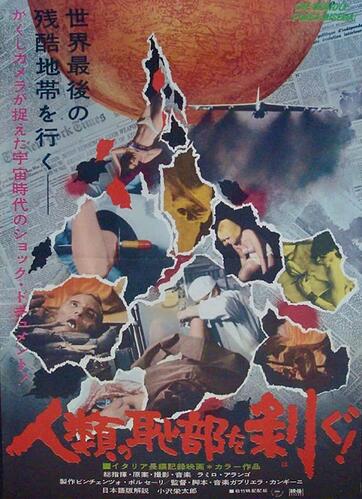 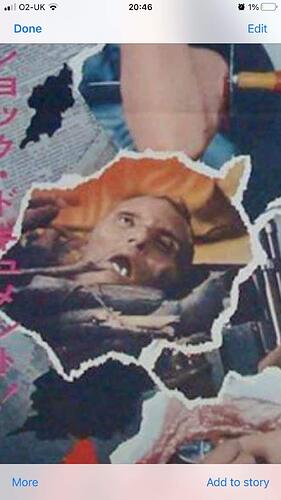 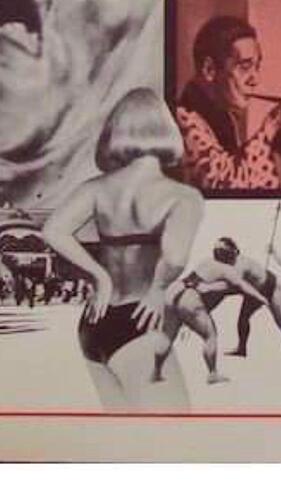 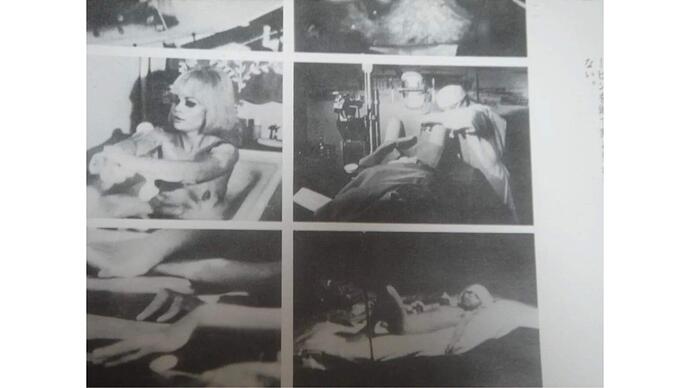 Thank you everyone for your help!

If anyone has these two also I would have interest:

Ritual of Love aka Paradiso Terrestre (1957)

@Schramm if you’re able to source Riti Segreti I have a contact that would exchange Der Todesmagazin for it from you.

@Schramm if you’re able to source Riti Segreti I have a contact that would exchange Der Todesmagazin for it from you.

at the very moment, the only way to watch riti segreti still remains a trip to the Bologna’s Film Archivie. their copy is very ruined, tough.

maybe there’s a tiny bit of hope for Mi sento oca topo scimmia . CSC could have it. I’ll let you know.

Der Todesmagazin is also Death Magazine: Or how to be a flowerpot?

will surely do. any remote chance to find death magazine in english?

I believe it can be found.

My searches have currently lead me to find another (short?) film of interest.

Has anyone seen this one at all?

@Baron_Mynd were you searching also for woman…oh woman!? I just found it!

I have it; but I am in search of its sequel by the name of “It’s A Woman’s World” if you happen to come across that one.